WHY DO WE BLOG?

Posted on October 1, 2012 by veldabrotherton 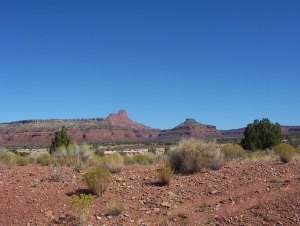 On the trail West

First, a PS to my last blog about Ned Christie.  I’m ashamed I didn’t think of this earlier. Some comments to the blog made me realize that I had a neat story to tell about how I first learned about Ned Christie. Back in the day I was working for a newspaper as a features writer, and I often had assignments for local news stories.  I was asked  to write a story about this little item in another paper saying that a pistol authenticated to have belonged to the “Cherokee outlaw” Ned Christie had turned up at an  auction.

My editor wanted the whole story, and so that’s when I learned  about Ned Christie, the last true Cherokee Warrior who worked so long and hard fighting for his people’s rights. I even found a photo of Ned in my researching, in fact I ran across much more information than I could use in the article for the paper, which had to be kept to 750 words, if I remember correctly. But you never know when and where information can be used so I filed it away.

Another thing I wanted to mention is that if readers want to know more about Nede, there are two great books out there they can read. One is by Oklahoma author Robert Conley. The title is Ned Christie’s War and it was published by M. Evans. Readers may have to search for it in a used book store, as Amazon doesn’t have it. I was fortunate enough to meet this delightful man twice, once at a Western Writers of America conference, and again at Ozark Creative Writers Conference in Eureka Springs, Arkansas, where he autographed a copy of his book for me. The other book about Christie  is Larry McMurtry’s Ned and Zeke.

Now on with today’s subject, which goes back to writing, something I plan on doing occasionally on this new blog. I’m preparing a Kindle book that will include a collection of my earlier blogs on writing. They proved to be popular with readers. I hope to get the book out in time for Christmas.

I’ve been thinking a lot about all the advice we’re given for optimizing ourselves on Facebook, our blog, and all those other sites: Pinterest, Muttonline, Twitter, well, you get the idea. I’m advised to define my mission, which I’m told is not to market my books, but rather to make friends who will grow to be so intrigued by me they will want to buy my books. So my goal is to intrigue, inform, inspire and entertain without ever saying to the reader: Have I got a book for you. I know you’ll like it cause I’ve been on your website and/or your blog and  I’m a heck of a nice person. I’ve learned  what you’re interested in. This is today considered spamming.

Okay, that’s too “in your face,” so I’m working on finding people who truly like historical romance, especially in the western vein and sharing information they might be interested in. I tried uploading a few blogs about the historical stories I’ve unearthed during researching my books. So far, people don’t seem all that interested, though I’ve had a few comments. Mostly from people who already read my works. I realize I need something that will attract a core of new readers. They’re out there somewhere, but it’s hard to know where.

Lately I’ve changed my blog’s focus from aiming at writers to aiming at readers. (Does this mean writers don’t read?) No, of course not, it only means writers who know lots of writers can only afford to buy so many books.

Back to my mission. Hey, that would be one of the keywords I should use for this blog. Or not. I’m not sure if keywords have to be subjects that everyone recognizes or stuff like mission, create, research. I don’t think these words are particularly zingy. They’re even dull, in fact. So let’s try keywords first, then write a blog using a few? Afraid I’d end up with something less than readable. Using keywords that people are using to search for my type, style, genre, is important, if I could only pin down what they are.

I’m told to bold subtitles, add bullets followed by a list of facts. To me, this would get old fast. Since I’m a reader of fiction, I don’t want to read stuff that appears to have been written for a college English or history class.

Okay, does that interest any of you? Does that inform or intrigue you? It might, but it seems a dull way to do it to me. I’d rather write about a western woman who left Missouri after the Civil War. She was a photographer. Would you be interested in knowing that by 1859 there were at least 10,000 women involved in photography? That some worked as assistants for Matthew Brady, the famous Civil War photographer?

Or how about the adventures of two women who left Fayetteville, Arkansas with a wagon train going west to the gold fields of California, and they walked the entire way, never riding in a wagon? After hearing their stories, you might be more likely to say, hey, I enjoyed that, maybe I’d like to read one of her books. To me, that’s what blogging is all about.

Bulleted lists are too schoolified for me. But I could be wrong. It’s happened on occasion. So what do you think? Let me know what sort of blogs you truly enjoy.

7 Responses to WHY DO WE BLOG?