Victorians: Did They Have Sex 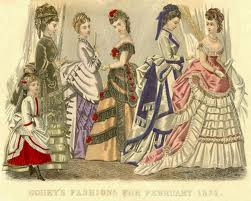 Okay, so I might have to plead guilty to that. After all I’m writing for modern readers, not Victorian readers, so I do have to satisfy them. When my readers pick up a romance, what do they expect to find? Well Western stuff, of course, but also romance and sex and love scenes.

So I decided to consult some experts on the Victorian Sensual mores of the 1870s. The Victorian Web site is filled with information about the era and the female sexual practices of that era. However, what I found on another site was interesting, though dare I take it for gospel because it would make my writing of this series so easy. With this to back me up, I could include some hot and saucy scenes between my as yet unmarried hero and heroine. “Certainly, the 1860s were briefly as ‘permissive’ as the same decade in the 20th century, while the 1890s saw an explosion of differing and conflicting positions.”  From

I recall something a character said in Joyland, a recent book by one of my favorite authors, Stephen King, “The writer who writes history writes fiction.”  After writing historical fiction and nonfiction for so many years, I know how true this statement really is. Could I truly prove that the 1860s and 1870s were much like our 1960s and 1970s in the freedom offered to young people when it came to sex and behavior? Just because I read it in a publication online?

On the other hand, do I have to prove it? Is it my duty to prove that everything I write in fiction could be true? I hardly think so. Like my grandson is fond of saying, “It’s fiction, dummy.” Look what Dan Brown did with the Da Vinci Code, and he had more than half his readers believing the parts he made up were as true as those he took from history. Another interesting item I ran across researching Victorian sexuality is this: Queen Victoria showed pornographic photos to her husband to urge him into performing more satisfactorily in bed. Can’t prove this either. It’s probably fiction since it’s history, but looking at photos of that particularly unattractive woman, she had to do something, I’m sure. 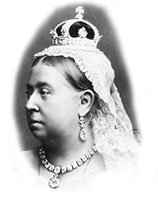 The Victorian era was named for the popular Queen Victoria who reigned for 64 years.

When you read WILDA’S OUTLAW, and the second of the series not yet published, ROWENA’S CAPTAIN or (HELLION)—I haven’t quite settled on the title as yet—let it be known that this book is fiction. Enjoy the oh so sensual scenes between Rowena and Blair behind the bedroom doors, and don’t bother to wonder if these two Victorians would have taken part in some of those sexy acts. The bath she gives him is one example true romance readers will certainly enjoy. Take my word for it, Blair and Rowena are the flower children of the 19th century, enjoying the freedom to have a good time and damn the consequences.

So, when and if you write a review of this book, keep that little factoid in mind, won’t you? Check out this Pinterest site for some delightful Victorian photographs.

For thirty years I've been a writer. Publication of my work began in 1994 . I'm pleased to have recently settled with Oghma Creative Media as my publisher. My brand is SexyDarkGritty and that applies to my western historical romances, mysteries, women's fiction and horror novels. I recently signed a contract to write westerns again, and what fun it's been working on the first one. If I weren't writing my life wouldn't be so exciting.
View all posts by veldabrotherton →
This entry was posted in Uncategorized and tagged Kansas, sensual romance, Victorian romance, western historical romance, western romance. Bookmark the permalink.

3 Responses to Victorians: Did They Have Sex