Stuff you never knew about ….

Posted on October 13, 2014 by veldabrotherton 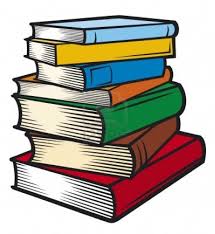 Reading and Writing are what I do best, but here are random facts about my life from a posting in July, 2007. What is in bold was added today.

1. From the deck of our house we see a creek named Sinclair and pronounced Sinkler, and the Boston Mountains.

2. I have no formal education beyond 12th grade, yet I have at one time or another been city editor, features writer and editor of three newspapers.

3. When we were building our home in the Ozarks we lived in a converted chicken house and bathed in the cold waters of Sinkler Creek, women first, then men.

4. I wrote three novels on a Sears electric typewriter before acquiring a computer which was actually nothing more than a word processor with a six by six inch screen.

5. None of those novels were ever published, but I’m reworking the first one, Beyond The Moon, which I finished in 1986. This book was published this month by Oghma Creative Media and is now available.

6. I met my husband when I was 14. We were high school sweethearts, and I only dated two other boys before marrying him 3 years later.

7. The Ozark National Forest is our next door neighbor and occasionally a black bear visits us.

8. I cannot think of another thing I would like to do if I could no longer write.

I was 71 when I wrote the above eight facts. Today I added nine and ten. Now that you’ve read a blog entirely about me, don’t you wish I’d write something about you? Well, I will. If you would like to have a post featured here, please let me know and we’ll get together on your ten favorite things. Write me at vebrotherton at gmail dot com.

For thirty years I've been a writer. Publication of my work began in 1994 . I'm pleased to have recently settled with Oghma Creative Media as my publisher. My brand is SexyDarkGritty and that applies to my western historical romances, mysteries, women's fiction and horror novels. I recently signed a contract to write westerns again, and what fun it's been working on the first one. If I weren't writing my life wouldn't be so exciting.
View all posts by veldabrotherton →
This entry was posted in Writers and tagged Beyond the Moon, career in writing, publishing, Velda Brotherton, writers, writers'life. Bookmark the permalink.

4 Responses to Stuff you never knew about ….