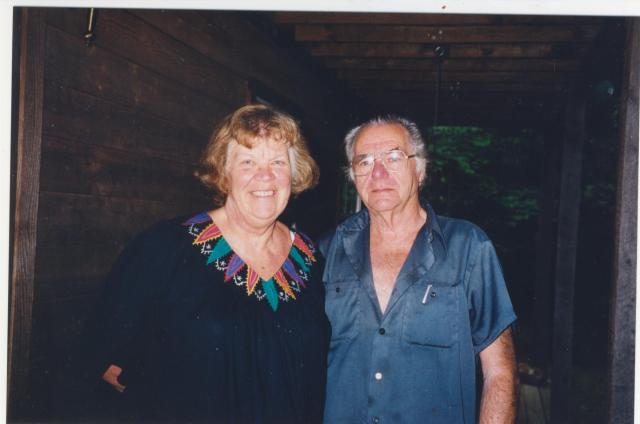 After a rough few weeks, I’ve decided to write about what has happened recently. Perhaps there are others out there going through similar tough times. Blogs should be upbeat, but right now that’s difficult to achieve.

Wednesday my husband will be transferred from rehab to long term care. He simply can’t rehab any further. It’s been an upsetting time for both of us and other family members as well. We’ve been together since we met in high school. I was 14 and he was 16 when we had our first date. Though I went out with other guys for a while, it soon became obvious that we were a couple. We were engaged out of high school. I was barely 17 and we married that December when it became possible he would be called up for the Korean conflict.

As it turned out, the war came to a close soon after we married. That was 1953 and as they say today, we had a lot of rough patches in our marriage, but here we are still together, separated for the first time by circumstances beyond my control. He went to bed one day and that’s where he stayed. No matter how much we cajoled, doctors warned, nothing would convince him otherwise. Soon he could no longer stand or walk. Though he is healthy otherwise, that’s where he’s at now. His mind is wandering at times, though he does not have dementia.

I am learning to live alone, I happen to like my own company. Often I talk to myself or the cat just to hear the sound of my voice. I’m not afraid to be alone, it’s just strange. My daughter Jeri is a Godsend. She cleans the house and does my shopping, which she has done for quite some time as I’m physically unable to do a lot of chores. Her husband Farrel repairs stuff around the house and is preparing to put a new roof on for us. He will be paid for that as part of the spend-down for my husband’s Medicaid application. Our “other” daughter Chrissy props me up with visits and she and her hubby Brian help out as well.

I have learned a lot about the care of people and how it is paid for. I learned that Medicare covers the first 100 days of the rehab process, providing the patient is truly working on his physical therapy. Then it becomes private pay or a long, drawn out process of applying for Arkansas Medicaid. All assets are liquidated except home and car and divided in half. Then the patient’s half must be spent down on family expenses, such as medical bills, car repairs, home repairs and certain other allowable items.

It is wise during this process to obtain a competent attorney. His fee becomes part of the spend-down. Get someone where the spouse is being treated to recommend one.

During all this process I had to look at what might happen with me in the future. My daughter Jeri, who had found the North Hills Rehab for her Dad, was busy checking out retirement places for me. We considered Assisted Living, but I balked at this, still being able to do most things for myself. I don’t need a caregiver at this point as long as she can do the things she does for me. After checking several places, she found Nantucket. It’s set up for the elderly. I shudder every time I think of myself in that way. They have apartments equipped for the disabled and regular apartments. It’s more like having your own home. So she filled out all the applications and we were put on a waiting list. It may be a year, but I have qualified.

Sara Bartlett, a long time writer friend who is with CareSupport Services, has been advising me and she suggested I remain where I’m at while the stress level is so high. Perhaps live here for the winter before deciding to sell and move. It’s a difficult decision to make because I’m still very active. I attend writer’s events and friends help me when I need it, but I still drive most of the time. I visit my husband twice a week.

According to Sara it’s smart to plan ahead so you don’t have to arrange everything under pressure. This past week I’ve visited the funeral home and prepaid our funerals, attended two writer’s meetings during the pouring rain, worked on several projects for my next book and taken care of duties for my new job as Distribution Director for Oghma Creative Media, which happens to be my publisher. I’ve asked them to keep me busy and they are doing that. I’ve also worked at learning new tasks on the computer.

It is important during times like this to stay busy, keep your mind occupied, cry when necessary and socialize with good friends. Don’t sit and stare at the wall, don’t lay in bed all day, sleep well, read a lot and don’t watch daytime soaps. I love movies so I take a break from writing around 5 in the afternoon, watch a couple of good movies or catch up on streaming my favorite shows, then I write for a couple more hours before going to bed where I read for an hour or more. 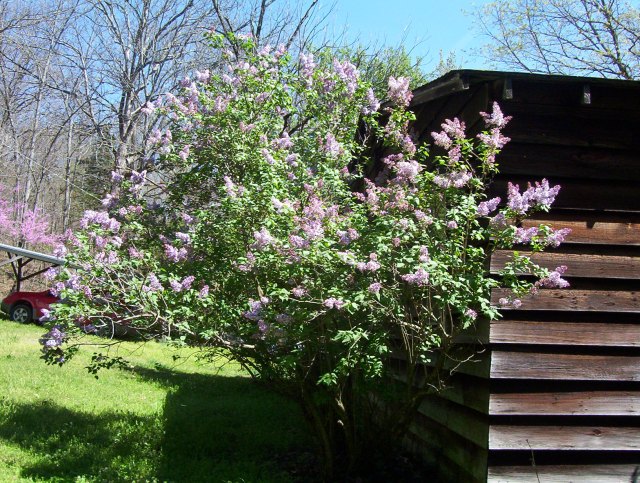 I planted this lilac bush in 1972, a start from my Aunt Allie’s yard to mine.

I live in the country amid the songs of birds, the wind in the trees on the mountain slope behind us, the leaves dancing in sunlight in the hundred-year-old maple out back, the fragrance of magnolia and lilacs and iris as they bloom, and the night sounds of frogs in the creek, a whippoorwill high in a tree, the owl who calls to her mate every night. I wait like her for the sound of his voice in reply. Without these my life would be drab, and so I’ll stay here for a while longer, keeping the windows open so a breeze can flutter through bringing the outside to me.

This photo was taken just down the road from our place 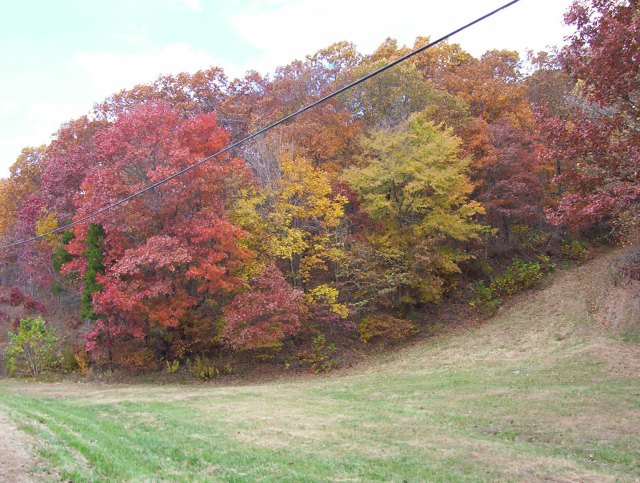 15 Responses to Looking at Life