Posted on November 20, 2015 by veldabrotherton 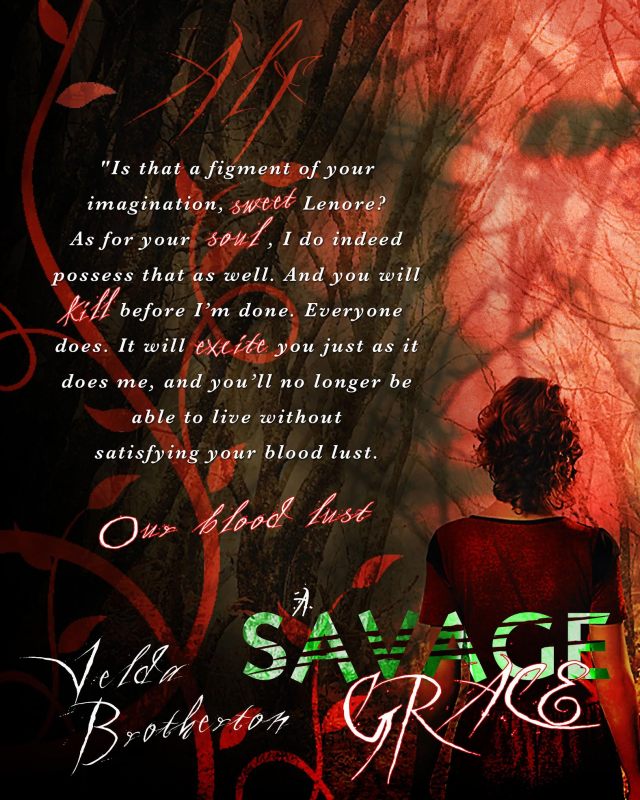 His name is Alf, not a very threatening name for a demon, is it? That’s what his other self calls the evil side. A split personality demon who developed as I wrote the draft of A Savage Grace.

Take an ordinary woman, busy creating herbs and teas for a local craft shop, while worrying that since her mother was insane and committed suicide, when will it happen to her? So, of course, everything starts to go wild.

Take a husband who loves his wife and children, but for some reason one night kills them all, so now he’s in an asylum for the criminally insane. He believes he is possessed by a demon he calls Alf.

Take a demon, whose life for an eternity has been causing good folks to kill for his own enjoyment, and now he is weary of the body he lives in and wants a new one, this time a female. Watch out he doesn’t come for you.

Take a writer who has a vivid imagination and lets it wander where it wants, and her brand is Sexy, Dark, and Gritty, and you’ve got A Savage Grace.