Life Can Be Beautiful or Ugly

Posted on July 6, 2016 by veldabrotherton 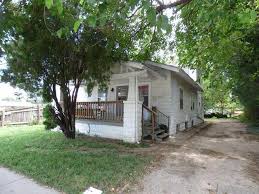 Could be our house

Lately many people have revealed having lived childhoods of abuse. This makes me realize just how very fortunate I was growing up. Looking back now I see that it could have been so different had my family history gone in different directions. That might easily have happened. For the men in my family, father, uncles and brother were all alcoholics.

But the story, fortunately for me, did not develop as you might expect. My father, with his Cherokee heritage, did not handle liquor well, and after he came home from the war, he soon became addicted to it, as did his brothers. However, my dad was well liked by everyone, no one suspected his secret because he was not an angry or violent man. I guess you could say he was a fully functional alcoholic. For many years he ran a construction business with a partner, a buddy from the Navy.

Me, my brother, granddad and Dad

When I look back on my life I see how very lucky I was. He loved me and I loved him, never guessing at his secret growing up. It’s difficult to believe because men who drink are often portrayed as loud mouthed, violent, unreasonable and abusive. I never once heard my dad raise his voice to my mother. He never lifted a hand to me. Oh, he set down some strict rules, or so I thought then, but they kept me from making many a dumb adolescent decision.

He fought my marriage because I was so young. Still never any verbal or physical abuse involved. I see now what kind of man he must’ve been to be so kind and well liked and successful despite his addiction to alcohol. As we all do he had his faults, but my mother told me right after his death just after his 61st birthday, that he was the best man she ever knew. The life he chose to live must have hurt her, for women loved him and he often didn’t resist the temptations that brought about. Yet they had a wonderful life together and my childhood is nothing but good memories. He insisted on a summer travel vacation every year and we had some exciting and unforgettable times.

Why did I write this? Because so many harsh stories are being written about abusive childhoods at the hands of brutal men that I thought it was time a better story was told. It’s all far in the past now. My parents are gone, my brother is gone and I miss them still because we were always close and always happy. Life often turns out with twists and turns we have no power over. But what we do control is the way we react to the events that make up our lives. And ultimately, who we blame if we fail to triumph.

For thirty years I've been a writer. Publication of my work began in 1994 . I'm pleased to have recently settled with Oghma Creative Media as my publisher. My brand is SexyDarkGritty and that applies to my western historical romances, mysteries, women's fiction and horror novels. I recently signed a contract to write westerns again, and what fun it's been working on the first one. If I weren't writing my life wouldn't be so exciting.
View all posts by veldabrotherton →
This entry was posted in family, Uncategorized and tagged abuse, alcoholism, family, family love, memories, parents, Velda Brotherton. Bookmark the permalink.

3 Responses to Life Can Be Beautiful or Ugly