They Came on Horseback 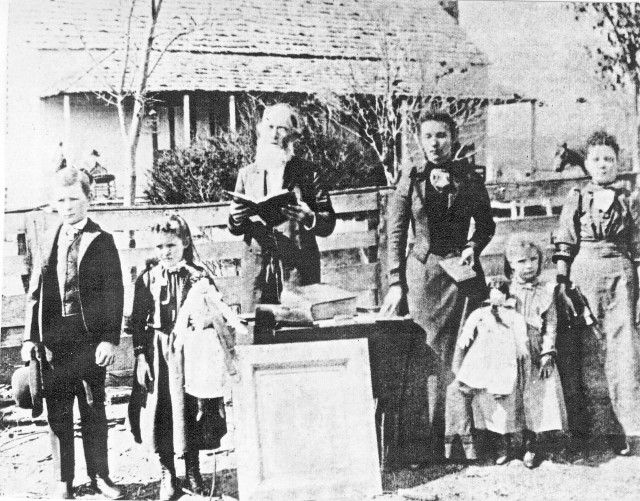 I never knew when I arrived at The Observer on Thursday morning what I would find. Of course there’d been the day I was invited to go slither and pet with snakes, the tiger episode and taking a flight with a barnstormer. This day my visitors were a couple of guys on horseback who looked like they had stepped out of the 19th century. They told me they were traveling preachers or ministers, whichever I preferred.

Yep, they were actually riding along highway 71 looking for people who wanted to attend a sermon right out there in the open. What better place to worship the Lord, they told me, than surrounded by the beauty of the Ozarks. We visited a while, I grabbed a picture or two and they went on their way.

So, what possessed these men to step back into another century to do their good work? Well, they liked the idea, first off. But they also had a love for riding horses. Said they could see a lot more of the country than if they were cooped up in a car. And there’s something about a horse as a companion. Those of us who have ridden know exactly what they mean. In those brown eyes lies a spiritual understanding of the bond between humans and beast. What better way to preach the gospel?

Back in the century they stepped from people spent a lot of time outdoors. Imagine an entire family living in a one- or two-room cabin. You’d be out in the open as much as you could too, under those circumstances. Of course, there was always wood to cut for the winter, a garden to tend for growing and storing vegetables. In the spring everyone went out to look for first signs of poke coming up, after a rain there were morels to gather, wild blackberries made delicious pies, later walnuts and hickory nuts covered the ground and could be gathered, cracked and used to make candy and add to cake at Christmas time. Then children were gathered and all the family trooped through the woods to find the perfect cedar tree to decorate for Christmas.

Much of the time was spent outdoors. There was, of course, running to the outhouse no matter the weather. Children walked for miles to school. On Sunday the wagon was hitched to a team that carried everyone out in the open to church even if it was snowing or raining.

Okay, so most of my readers, including myself, weren’t fortunate enough to grow up during those early days, but we can remember mothers or grandmothers relating fond memories.

My second picture was taken and shared with me by the family. These folks lived in West Fork and they are pictured with a traveling minister who had stopped by on this day to share the gospel with them. From their dress the date must be before the turn of the 20th century. By then someone in the family or a friend had a camera and could snap a photo. This traveling preacher had arrived on horseback. The family probably fed him before he went on his way. In those days visitors were always fed something, even if there wasn’t much in the larder.

Hope you enjoyed this little trip into the past with me.

For thirty years I've been a writer. Publication of my work began in 1994 . I'm pleased to have recently settled with Oghma Creative Media as my publisher. My brand is SexyDarkGritty and that applies to my western historical romances, mysteries, women's fiction and horror novels. I recently signed a contract to write westerns again, and what fun it's been working on the first one. If I weren't writing my life wouldn't be so exciting.
View all posts by veldabrotherton →
This entry was posted in historical, Uncategorized and tagged Arkansas history, historical ministry, horseback preachers, mounted preachers, Ozarks history, preaching the gospel, traveling ministers, Velda Brotherton. Bookmark the permalink.