Velda Brotherton writes of romance in the old west with an authenticity that makes her many historical characters ring true. A knowledge of the rich history of our country comes through in both her fiction and nonfiction books, as well as in her writing workshops and speaking engagements.  She just as easily steps out of the past into contemporary settings to create novels about women with the ability to conquer life’s difficult challenges. Tough heroines, strong and gentle heroes, villains to die for, all live in the pages of her novels and books.

Living in the Boston Mountains a few miles east of “Indian Territory,” now Oklahoma, helps her imagine the lives of the western characters she creates. With 14 western romances available plus 6 regional non fiction books, she recently signed with The Wild Rose Press for the first of her new series, The Victorians: Wilda’s Outlaw.

As a wife, mother, grandmother and great grandmother, she likes to spend time with her family when not writing. Though she roamed around for quite a few years, she now lives with her husband Don in a home she designed and helped build, just 15 miles from her birthplace.

“Writers are the only people in the world who can hear voices and commune with the dead without winding up being committed,” she’s fond of saying.

Well, now that she’s had her say, I’d like to say something about myself. Someone else has told you a little about me, here’s the rest. At the age of 83 I’ve finished the six Twist of Poe mystery series and have now returned to my roots. I began my career writing westerns in the historical vein. My first contest win was for a western entered in a contest sponsored by Dusty Richards in around 1989. Years later it turned into a romance along with several others, as many of you know. All are available on Amazon.

The Montana Series is now six paperback books with lovely covers reissued by Oghma Creative Media. Check the pages here on Word Press. My biggest surprise is being asked to help finish a manuscript by Dusty Richards. It was such a pleasure to do so as it made me feel as if he and I were doing it together. The Blue Roan Colt was increased in length and reissued recently. I’m thrilled that my name is on the cover along with Dusty’s who was one of my dearest friends for over thirty years. I couldn’t be more pleased to continue to write some westerns for The Texas Badge, a series he began before his death. At the age of 83 I’m not done yet, so keep watching my websites, this one and veldabrotherton.com 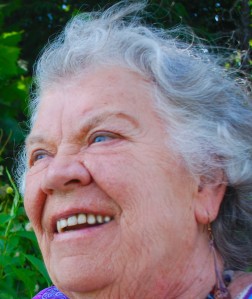 2 Responses to ABOUT THE AUTHOR