On The Road Again

Posted on January 12, 2015 by veldabrotherton 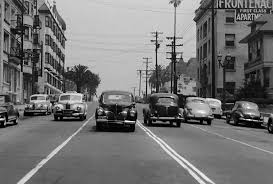 I’m no Jack or Jaqueline Kerouac, but do I ever have a story to tell. Thought you might enjoy it. I’ll warn you I’m also not a humor writer, though my efforts are oft time humorous. But some of the things that have happened over the years since I began writing might be of interest to you. Whether they are or not, share them I must. It’s just one of those days.

Back in the early 80s no one in Arkansas, except those involved with chickens, had much money. We didn’t have chickens, oh just a few laying hens and a noisy rooster and we had an old Chevy pickup truck. One afternoon I was flying down the dirt road past our place, skidded around the corner onto the old iron railed bridge. The door flew open, slammed into a post and that sharp corner knocked a hole in the door. No real problem, just thought I’d show you how my life was going. Another night I started home from visiting my newly married daughter in that same truck, the two high gears locked, and I drove all the way home in low gear on a highway built for Model A Fords that was carrying a heavy load of semi trailer trucks north to Kansas City and south to New Orleans.

Okay, picture is set. Not too long after that I bought a nine passenger Ford Station Wagon that got about five miles to a gallon of 39 cent gas. I was writing and working part time at The Ozark Native Craft Shop and there I met a young lady who had just returned from New York City, a real oddity at that time. She’d been to a writer’s conference and we got to talking writing. Decided to get together every Saturday and read each other’s work.

She and her husband lived down in the mountains south of our mountain place, way back in the boonies. We met there one week, and at my art gallery the next. Why I had an art gallery is yet another story I’ll share sometime. One night I drove home from her place in a blizzard and they closed the highway right behind me.

I made it all the way up the mountain, then down, without going off the road. That big old wagon was good for something.

After about six or seven months, my friend and I decided to pay a visit to a poets and writer’s monthly meeting in Fayetteville. There we met Dusty Richards and we decided to get together with some other writers interested in fiction writing. We met in offices, banks, libraries, churches and each other’s homes.

Dusty worked for Tysons and had a company truck, so he could afford to go to an occasional writer’s conference. He brought back hand outs and notes for all of us. One time I decided to try to drive over to Branson for a meeting of Ozark Writer’s League, my car quit before I even got out of Fayetteville, so I had to cancel.

Better organized by the time the next trip came up, five of us jumped in one more reliable car and drove to Eureka Springs for a three day conference. We rented one room with two Queen sized beds. One of the gals was a chiropractor who refused to sleep with anyone, so she called in a cot and that worked out. Only problem was, she liked to eat in the night. A light sleeper, I woke up to hear noises like a herd of mice chowing down, and found her sitting on the stool in the bathroom eating potato chips.

Another time, five of us, without the chiropractor who had already decided our life wasn’t for her,  rented an RV on the outskirts of Branson so we could attend OWL the next day. Once when I was speaking at OWL my husband and I camped in a pop-up tent at a campground I believe it was called Indian Springs. The tent was new and we couldn’t figure out how to set it up. A young couple next to us came over and did it for us in about five minutes. I can only imagine the story they told of the older folks who couldn’t even pop up a tent.

Adventures are a lot of what life is about, and mine has a lot of them. If I can ever get all the fiction novels written that are worrying my brain, I’ll try to get some memoirs out. But till then, maybe I’ll regale my blog readers with stories once in a while, if anyone cares to read them.

For thirty years I've been a writer. Publication of my work began in 1994 . I'm pleased to have recently settled with Oghma Creative Media as my publisher. My brand is SexyDarkGritty and that applies to my western historical romances, mysteries, women's fiction and horror novels. I recently signed a contract to write westerns again, and what fun it's been working on the first one. If I weren't writing my life wouldn't be so exciting.
View all posts by veldabrotherton →
This entry was posted in adventure and tagged adventures, Jack Kerouac, on the road, Velda Brotherton, writers conferences, writing. Bookmark the permalink.

5 Responses to On The Road Again