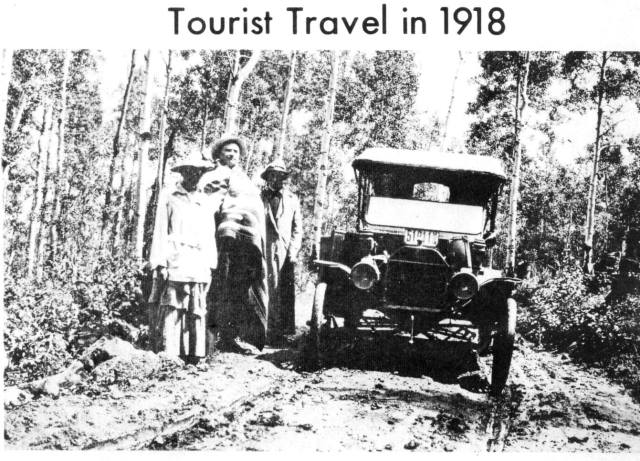 When I was young, and don’t be surprised that I can remember so very long ago, my uncle showed up one day with a Model A coupe that had a mother-in-law seat. Oh, how I yearned to ride back there. In case you never saw one, where the trunk should be it had a pull out that revealed a seat. No roof over it, just out in the open. All my uncles tended to spoil me since I was the very first niece any of them had. The eldest on both sides of my parents’ family. So I rode in that seat, long hair flying, every chance I got.

Anyway, I think of that ride so often when I’m driving and staring at the fancy cars of today. For various reasons that seat would be outlawed on our highways. Now we are seeing cars that almost drive themselves, and that is just around the corner. I hope I live to ride in one.

Makes me think back even farther into the past. Being a historian of sorts, I settled on this subject thinking of how far we’ve come in transportation. In 1876 the White River Valley Historical Quarterly published a petition titled The Wilderness Road. It asked the Honorable County court of Green County to open a road recently closed by James Driden. It had been hand written originally and many of the words were misspelled. I have the typed copy.

It seems Mr. Driden claimed that the road damaged him on the account of teamsters burning his “railes”. The petition asked “Is this alone reason enough for you to shut us out from your town where all of our wheat and produce from this county and all North Arkansas travels?”

It seems that road was traveled by from one to seventy-five wagons a day in the cotton and produce season. The petition went on to list many reasons to reopen the road. The plea ended, and I quote, “…for the sake of humanity we ask your Honor to give this road and give it immediately.”

Their reasons for asking this favor of his Honor is because there were but few fordings on the James River “that we can hold the bottoms.” I’m not sure what that means except perhaps their wagon wheels would stay on the bottom crossing the river.

What I wondered was why a private citizen would be allowed to close a road in the first place. Anyway, it made me think of those early roads in Arkansas and how difficult travel was. I’ve read that many new arrivals had to chop down trees in front of their wagon as they traveled into the Ozarks. The Boston Mountains are named that for a reason. Boston was slang for a hard way to go. Obviously Mr. Driden’s road somehow bypassed the river crossing or had a fording that would allow wagon masters to hold the bottoms. The petition was signed by 178 residents. I have no idea if their plea was honored.

My Dad was sixteen when he accompanied his Dad to Arkansas. My Granddad was a powder monkey and they were building the new highway 71 north from Mountainburg to Winslow, and of course beyond. But a powder monkey was needed to place the dynamite that blasted boulders and even bluffs from the right-away over the mountains. At 16 my Dad also worked on the building of the highway. It turned out that eventually he met my mother, was smitten, and never went back to Texas.

Here in Winslow the highway that goes west out of town climbed steeply straight up. When Model As were in use they had to back up that highway. Anyone care to guess why? The gasoline wouldn’t feed the engine going forward. In those days women were beginning to drive and none of them were strong enough to back all the way up the mountain, so a woman mayor of Winslow, Maud Duncan, saw that a new highway was built that curled up instead of climbing straight up.

I for one am glad I live now instead of back then. There were so many barriers to climb over just to get through a day. 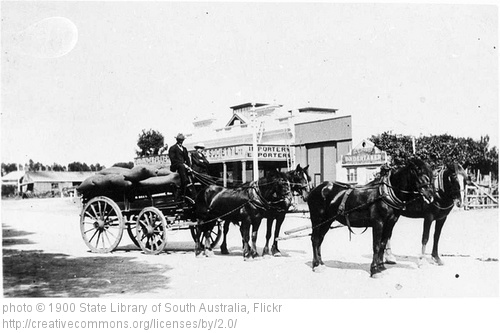 For thirty years I've been a writer. Publication of my work began in 1994 . I'm pleased to have recently settled with Oghma Creative Media as my publisher. My brand is SexyDarkGritty and that applies to my western historical romances, mysteries, women's fiction and horror novels. I recently signed a contract to write westerns again, and what fun it's been working on the first one. If I weren't writing my life wouldn't be so exciting.
View all posts by veldabrotherton →
This entry was posted in traveling, Uncategorized and tagged Automobile, History of Cars, Model A, Roads in Arkansas. Bookmark the permalink.

3 Responses to The Fantastic Automobile